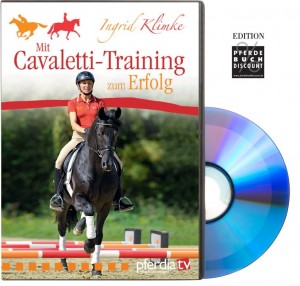 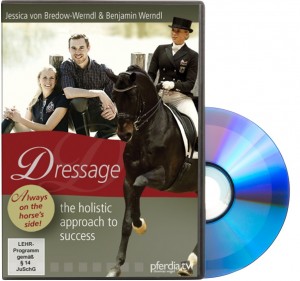 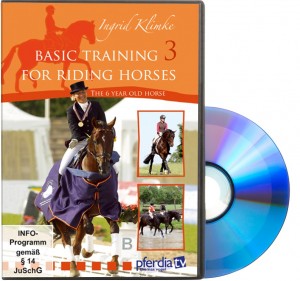 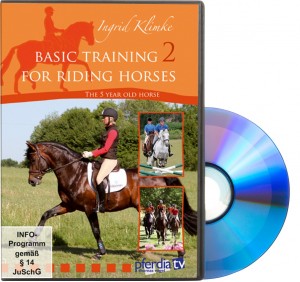 "Just Paul" one of Ingrid Klimke's promising youngsters, is the star of a long-term film study documenting the talented dressage horse's entire training. The series offers viewers the opportunity to experience how an Olympic champion trains her horse "live" and uncensored.

Here in Part 1: The First Year of Training, the three-year-old Oldenburg gelding makes his first strides under saddle; his first hack, his first jumps, and his first competition. The fact that things do not always go smoothly and that time and again even a world champion faces training challenges makes this documentary most appealing. The Olympic dressage stallion "Damon Hill" followed the same path when he was in Ingrid Klimke's training program maturing from young horse to Grand Prix winner.

Paul Stecken, a revered master of classical dressage training, and trainer of Ingrid's late father Reiner Klimke, completes the "dressage training dream team. " In the arena sessions he instructs Ingrid and provides invaluable insight and advice. Every rider will benefit from his endless wealth of experience, his consistent approach and his fine teaching.

Ingrid Klimke is an international trainer of dressage, show jumping, and event horses, and currently competes for Germany as an event rider. She had always been able to call on her father Reiner Klimke's experience but has also been greatly influenced by Fritz Ligges, Ian Miller, and Anne Kursinski. She's appeared at five Olympics, from 2000 to 2016. With her horse Abraxxas, she won two gold medals in team eventing, at the 2008 Summer Olympics and the 2012 Summer Olympics. She won a team silver medal with Hale Bob at the 2016 Summer Olympics in Rio. She placed seventh at the 2002 Dressage World Cup Final with the horse Nector van het Carelshof. She lives and trains in Münster, Germany.